A few years ago I was looking for information on John Calvin’s family. Specifically, on his wife Idelette. There was so little material, and what there was, was spread thinly over Calvin’s biographies, like butter over too much bread.

So I began a research project that has extended into two years so far, and which I expect to continue for at least another year. Some of my findings have been unexpected: glimpses into the heart of a man who greatly influenced Christianity and yet who was so human that he overate when he was distressed about a piffle between his housekeeper and his brother, and so loving that he wrote hundreds of letters his childhood friends for his entire life. 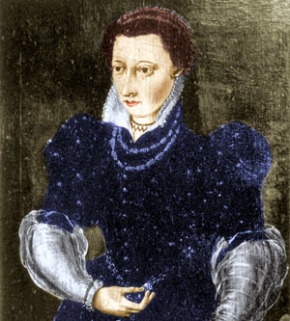 And Idelette, the mysterious lady who captured Calvin’s heart and served the Lord as a  worthy companion to her husband in Geneva, and whose dying words were centered on the resurrection of Christ, this lady has dropped many fascinating clues about her life. She shows up at the end of Calvin’s letters, sending her greetings to his friends. She is found at the deathbed of an elderly pastor, who uses his dying words to encourage her in her newlywed life of ministry alongside her husband, that she should not fear what Geneva would hold for her.

My research on John and Idelette is almost completed, but there is still much to write in order to turn it into an enchanting biography worthy of publication. My next project is to work through Calvin’s commentaries to glean out every reference to family, marriage, children, and women, and to work his eloquence on those topics into the story I’ve already written about Mr. and Mrs. Calvin.

This blog will be my training ground. I plan to put scraps from my book on this blog to see what people think of what I’ve written so far. It will also serve as accountability for my writing: for I will try to always post a portion of what I’ve written each day after I write it.